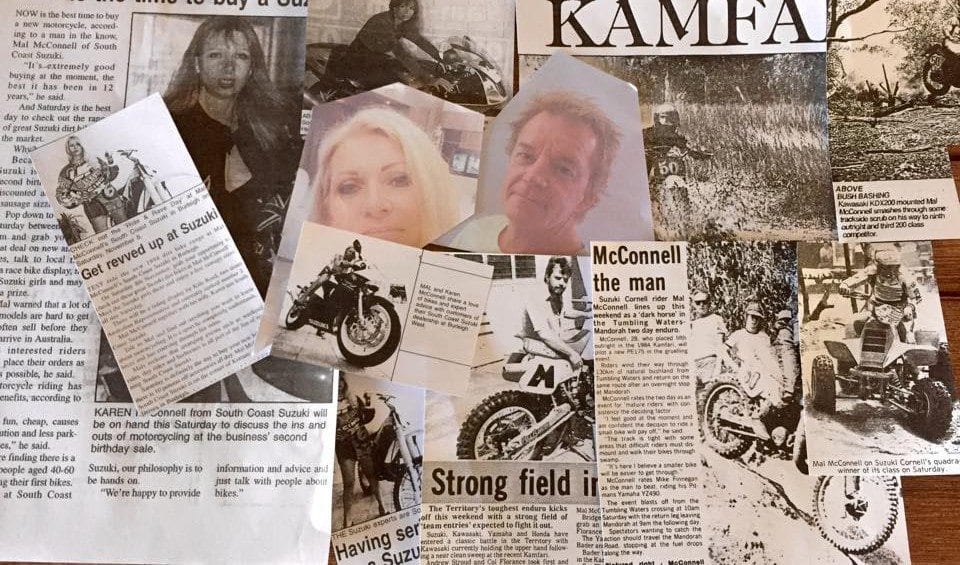 Riding a Don Newell Queensland Team Bultaco Mal’s first real event was the legendary “Forest 300 Enduro” in 1976, made all the more famous for “On Any Sunday’s” Malcolm Smith’s appearance.

This was just the start to what has become a lifetime of riding and racing motorcycles.

As a young couple Mal and Karen moved to Darwin in the late seventies. Vice President of Darwin Motorcycle club and running a motorcycle accessory shop out of his house, Mal and Karen went on to build Darwin’s first Suzuki and Husqvarna Dealership with Partner Graham Cornell in the early eighties.

Mal also went onto assemble what is today the only motorcycle enduro team ever to represent the Northern Territory, winning the Australian Four Day Teams event in 1985.

A consistent front runner in the famed Kamfari he also was a regular competing in iconic events, Mt Isa to Camooweal , Finke, Weipa Croc run, Ti Tree to Alice, Suzuki 8 hour, Nindigully, 24 hours and many many more.

After a few short years living in Port Douglas and competing in the North Queensland enduro series Mal and Karen returned to South East Queensland where they built and owned Gold Coast Suzuki for almost 20 years.

It was through the late nineties and an introduction to the Aprilia Dealership came 10 years of road racing followed by the then popular motard series.

The last few years of the dealership Mal dedicated much of his time to the adventure rider. With an opportunity to hand over the reins to younger buyers in 2013 also came the opportunity of where we are today with Adventure Bike Australia.

And while you will still find him at the odd vintage or classic meet today his true passion for adventure has never waned. 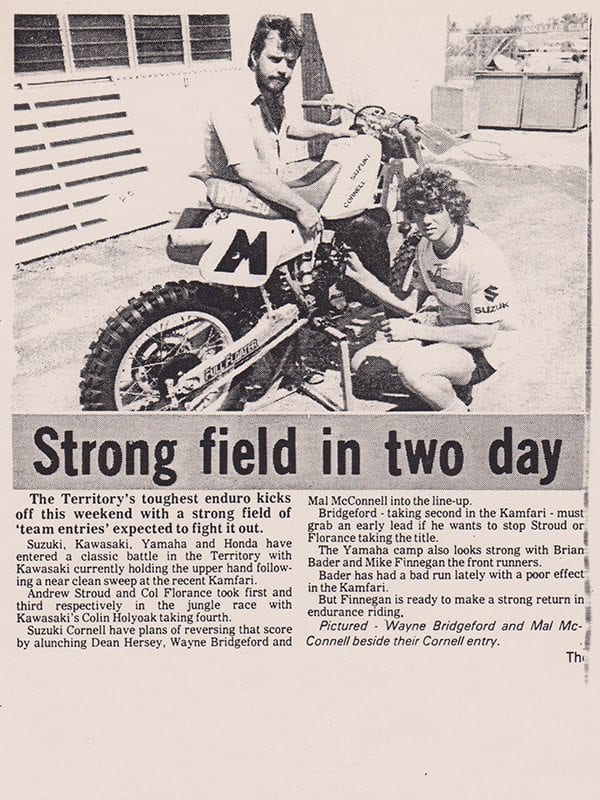 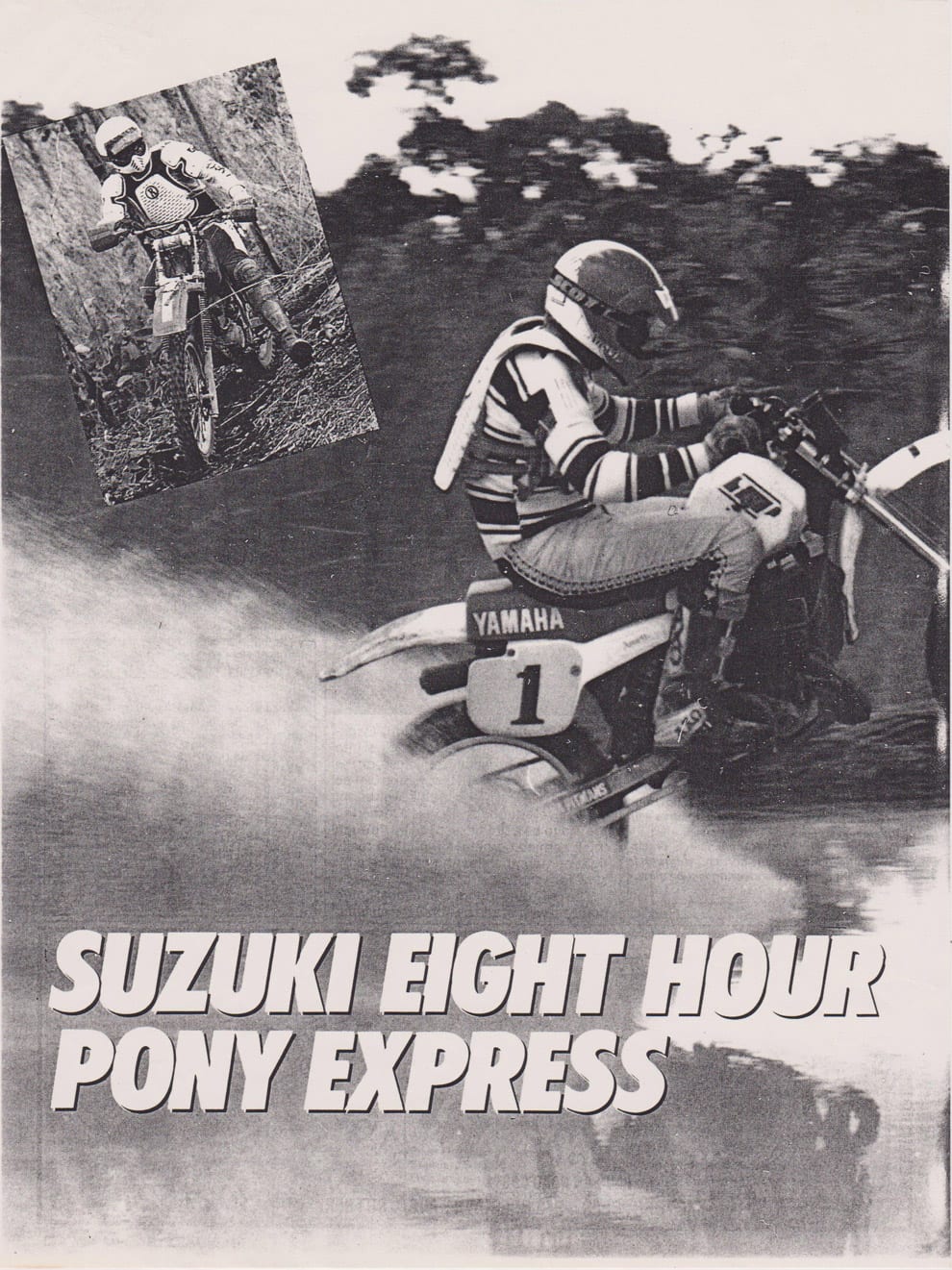 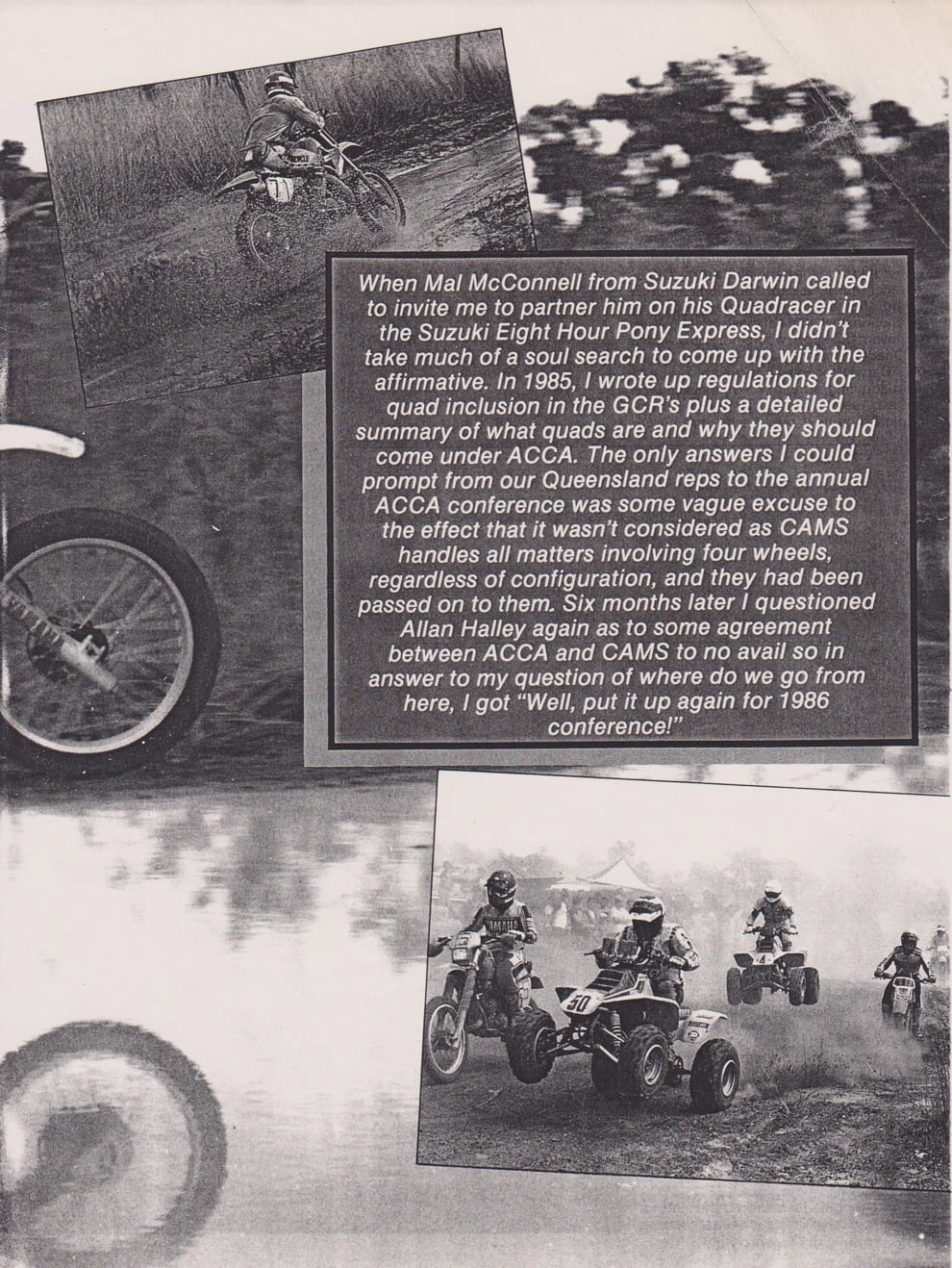 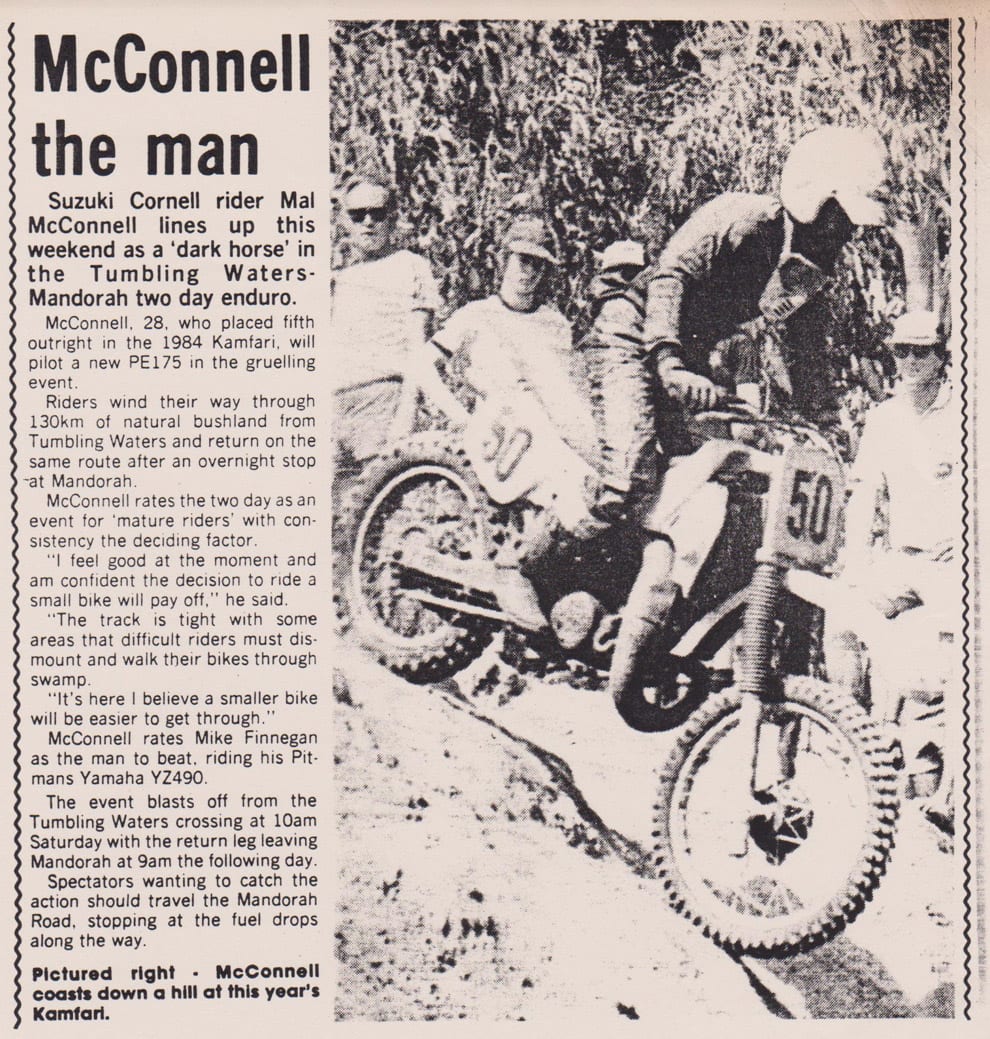 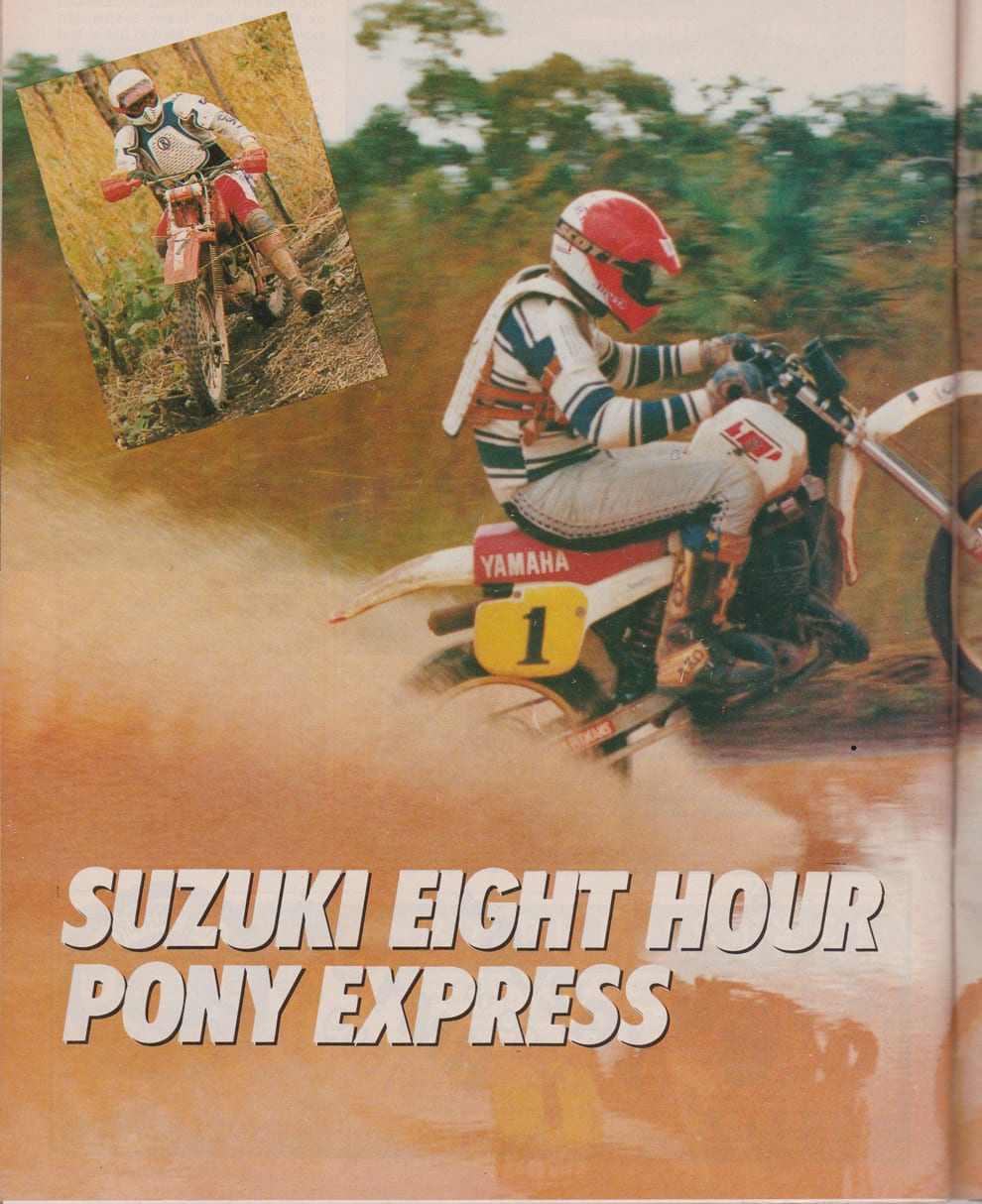 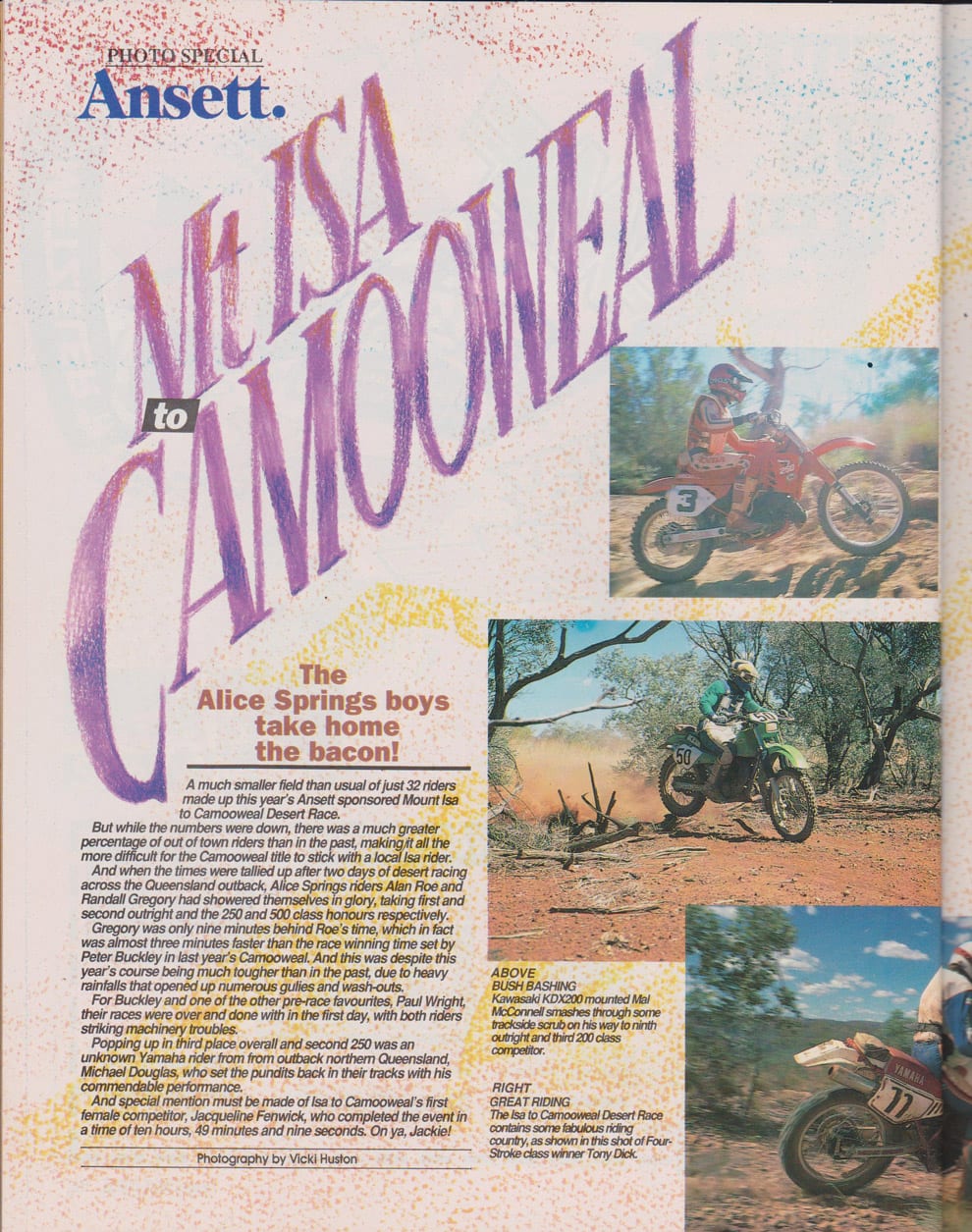 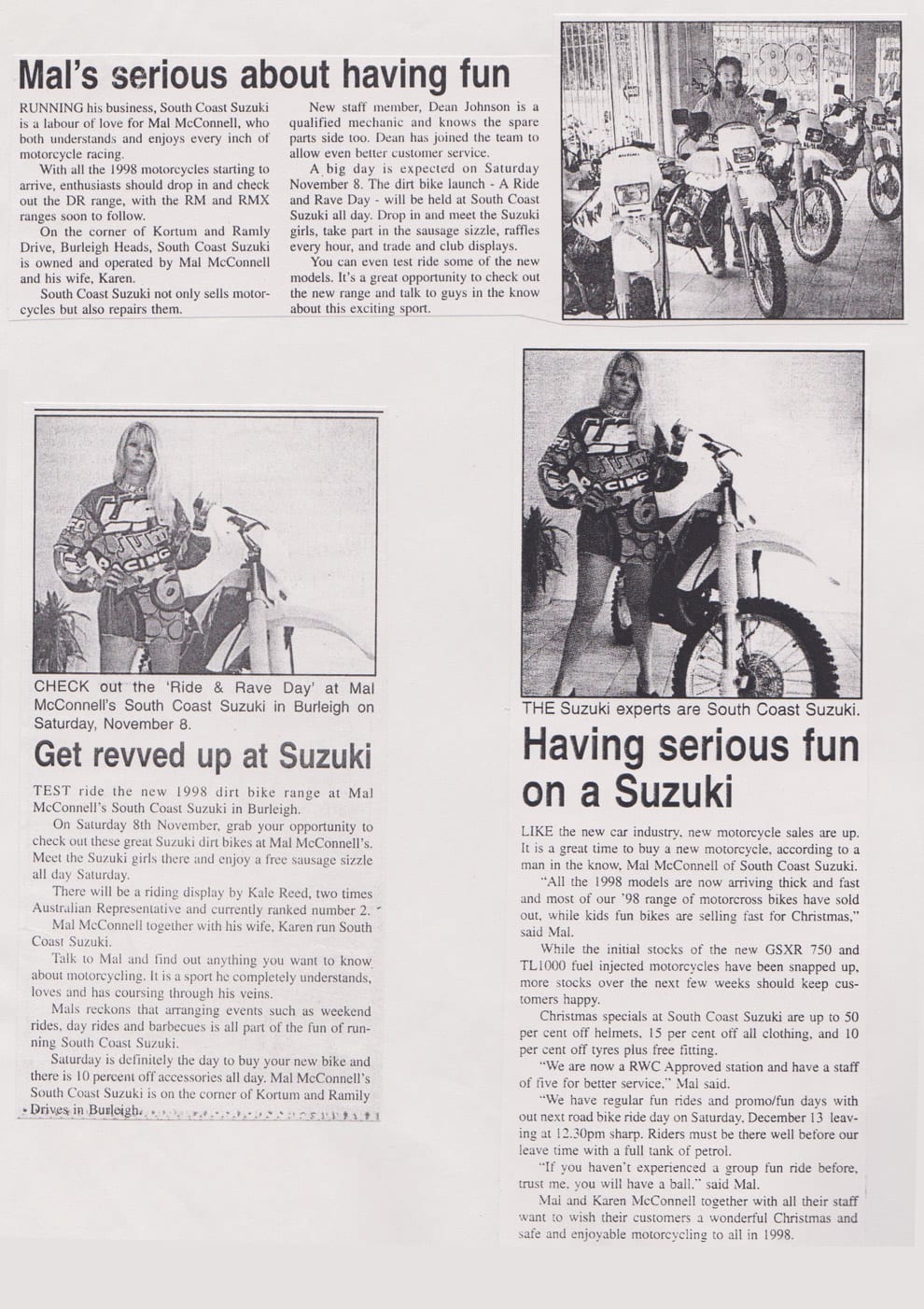